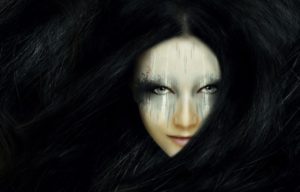 A single woman I knew who is in her late thirties asked me if she should allow a man to carry her packages to appear more helpless. She had read a book on how to get a man, and that was one of the suggestions – appear to need him.

Another woman I know who is highly intelligent recently told me that men have to be manipulated in order to “catch” and keep them happy. Men have to feel adored and be the smarter ones even if they aren’t. She insisted that it’s up to the woman to create the illusion of male superiority even if the females are stronger. They must give the impression they weaker. In other words, play the game, otherwise prepare to never find a mate.

I responded by giving her my theory on the inherent problems this type of behavior produces. Here it is. At some point, it is more than likely a woman will tire of game playing and lose respect for the man she is manipulating. In order to hold on to the attraction she initially felt, she might begin to feel tremendous pressure to intensify the game. Although she started the relationship in this way, she might have hoped to bring him up to a level of maturity where she’d be able to back off somewhat. That usually doesn’t happen. A kind of mother/son relationship is likely to occur and, under these circumstances, she has become his mother.

She represses her own needs in order to cajole and give him unconditional love. Resentment can set in because she is doing all the work in order to make him feel superior. She might ultimately see the man she is manipulating as hopeless, lame and incapable of a stable relationship. Then she starts repeatedly try to meet him on a level playing field. Even though he might go along with the program, it’s not uncommon for him to see her behavior as nagging. She acted one way to get him now she’s changing the rules Although he might complain to his friends, he won’t stop it because he is the center of her world and her efforts are focused on him. It can develop into love/hate relationship that has no happy ending.

See all posts by admin →